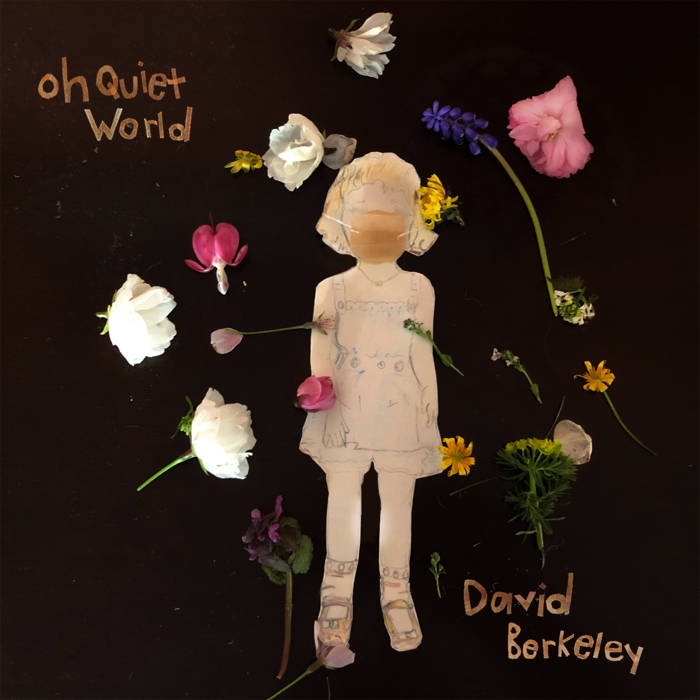 berkeleywalker How do I count the ways?! This is DB at his best. This be dear to me! Favorite track: Beside the Shuttered Doors.

Vjeko Gonna Win the War is beautiful, looking forward to the full album!

belindab Gonna win the war is so beautiful and a song of hope in these strange times...

"After it all may we not be the same.
Yeah when we come back may we come back changed.
Let us be washed in the pouring rain." Favorite track: Beside the Shuttered Doors.

David Berkeley was living in Madrid for the year with his wife and two boys when Corona swept through Spain and the world locked down. They managed to get on one of the last flights back to America in mid-March. They fled the city with barely enough time to pack and clean their apartment. Though they didn’t really have room for it, at the last minute, David grabbed the half-century old Spanish guitar he had bought secondhand on the outskirts of the city. It was lucky he did, for it was on that guitar that he wrote all the songs for his shimmering release, “Oh Quiet World.”
With their home rented out through July, David and his family self-quarantined in a friend’s empty house near the Rhode Island coast. He set up a makeshift studio in the attic and began writing and recording songs. “I had a begun a few melodies on that old guitar while we lived in Spain,” David says, “but it wasn’t until after we left that I could make any sense of them. I wrote a song a day that first week back. That’s not normal for me. I guess nothing in this time is normal. Songwriting gave me a way to process some of my fears and frustrations. It gave me a purpose, something small I could contribute.” Not surprisingly, these songs are his most intimate, supported by his wife and children’s singing and the most barebone arrangements with touches of horns, accordion, banjo, and harmonica. But they are also some of David’s most comforting, empathizing with the struggles of this time while still finding the virtues and even gifts in the forced pause. Like much of David’s catalog (he has released eight albums and authored two books), “Oh Quiet World” manages to find hope through hard times.

“Oh Quiet World” comprises eight original songs and one cover of a traditional Jewish prayer for healing. The “Mi Shebeirach” is a perfect choice for this moment. “This is a song that has meant a great deal to me throughout my life, but I had never considered covering it. I guess it took something like Corona to help bring to the surface that which is deepest in us.” Although the an eerie uncertainty hovers over all of these songs, the collection manages to uplift. “Spring is coming soon,” David sings on the inspiring second track, “Gonna Win the War.” “It slips inside these walls. It’s bigger than these rooms. Yeah, Spring is coming soon.” David’s wife, Sarah Davis, and their kids sing on the album’s sweetest song, “Stars and Rain.” It’s a children’s song played on ukulele reminding us that “all of our hearts are made of sky and earth, stars and rain.” Another standout track is the chantlike “Let the Light In.” David sings eight vocal parts with the ethereal mantra about feeling the wonder in every step.